Every chocolate aficionado can get bored with the classic truffle flavors that come in any store brand box of chocolates. Whether it's maple walnut or marshmallow, these flavors can get old quickly, and the desire to try something new nags at everyone eventually. To avoid getting complacent with your taste in truffles, here are four unexpected flavors to try in your next custom box of chocolaty goodness.

Believe it or not, when the process for making chocolate ganache relies on Earl Grey tea, the result can often remind you of fruity cereal! Many drinkers of Earl Grey tea say that the hot drink smells like a fruity cereal, but when the bags are steeped in hot milk that will eventually become truffle filling, the result is a super concentrated fruit cereal flavor that's sure to surprise even the most die hard chocolate fan.

Much like chocolate and hazelnut took over the food world just a few years ago, now fig flavors are beginning to take a surprisingly prominent place alongside chocolate desserts the world over. Fig is a good choice as a truffle filling because it can either be incorporated as an extract into a ganache to fill a truffle, or as a jam as the entire filling, depending on the level you're willing to "get figgy with it."

Especially when paired with dark chocolate, the sweetness of a truffle can be complemented very nicely by the refreshing bite of ginger. The great thing about ginger is that it can be added either as a topping on your truffles or as a filling, or even as a garnish or standalone candy to liven up the box. Candied ginger as its own confection goes back hundreds of years as an after dinner cure for an upset stomach, so it can even be thought of as a dessert after dessert.

Flavors like cinnamon, chili, and honey were staples of chocolate as it was originally made by the Mayans thousands of years ago, so it's only fitting that these flavors make excellent truffle fillings to this very day. To make sure you don't get a big mouthful of pure chili powder or cinnamon in every bite (unless you're into that sort of thing), try and see if you can order some kind of blend of all of these flavors that will work harmoniously with the chocolate shell to deliver an authentic taste of old Mexico. 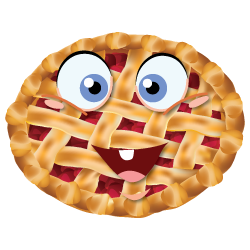